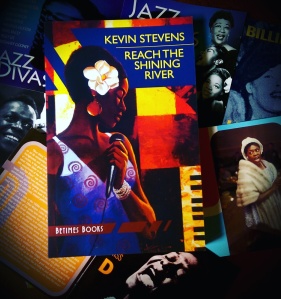 “‘It was Wardell found the body.’

Kansas City, 1935. Emmett Watson, a county prosecutor of Irish decent, is married to Fay, a high society woman, who is the daughter of one of the movers and shakers in the city, and unhappy in her marriage. At a closed-door meeting with his father-in-law, and other high rollers, Emmett is asked to investigate the brutal murder of a local black, jazz piano player, and he soon finds himself taking on a corrupt political machine, mobsters and cops on the pad.

All around Emmett, is fear and silence surrounding the murder, and blatant racial hatred, that puts his life and career at risk.

One of the most engaging characters in the novel is Arlene Gray, the jazz
singer whose voice can still the room in a smoky Kansas City nightclub.
Arlene, a woman of tremendous grace, and vulnerability, is the mother of Wardell, the young boy who found the bullet-ridden body on a bank by the river. She also was the murdered Eddie Sloan’s lover. She is determined to
protect he son at all cost, and her anguish at losing Eddie, is a deeply moving part of the novel.

There is a bluesy, jazzy ebb and flow throughout the novel. Swirling and dipping in language and imagery. While reading it I often had music by Billie Holiday, Bud Powell, Lester Young, and Bill “Count” Basie playing
across the room. The music supplementing the rhythm and phrasing of the writer’s words. The richness of the many characters, and the honest writing that cut right to the quick.

It is always a pleasure to discover a novel and a writer whose vibrant prose, and dialogue, make me reluctant to turn the final page. Reach the Shining River is such a novel.”