This novel is extremely well-written, it reads like a page-turner and the story is fascinating, but it won’t be for everyone, it might even be described as niche. Here’s why I think it might not appeal to some: If you want a straightforward thriller or a straightforward romance you might not get this, it’s a bit of a genre-bender. Dirty Pictures is a love story and it’s a story of murder, it has elements of the family saga, twentieth century politics, art history and a definite erotic tinge. More than anything, it’s Martel’s story, she narrates a beguiling tale, this is her life, her world – it goes where it goes, unapologetically. As a love story it is unsentimental, as a thriller it’s intriguing. If the fact that it doesn’t fit nicely into a specific box puts you off you will miss out. 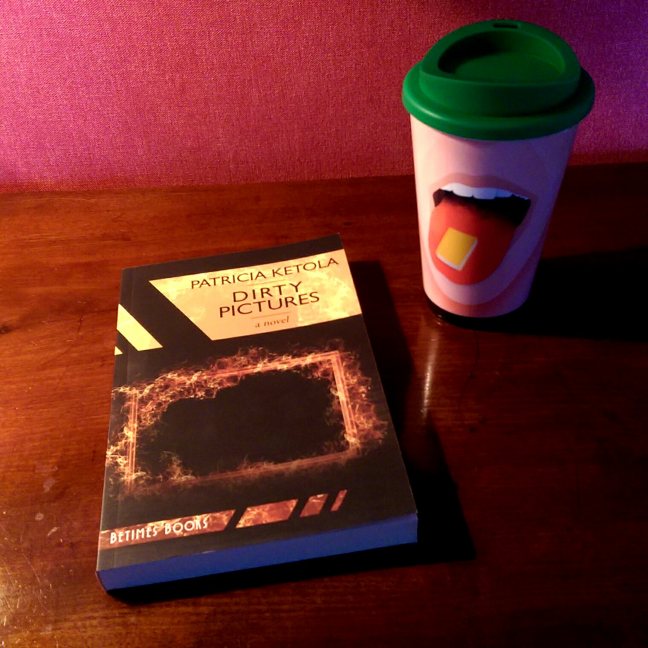 Ketola has her own ways of seeing things, she makes leaps and connections in ways that more conformist linear storytellers wouldn’t. Dirty Pictures isn’t surreal but it tips way over the edge of orthodox behaviour. That’s not a bad thing. Parts of the story you might expect to be followed up are abandoned; it’s unsettling, but also very true to life. Experience is a series of events that we weave a path in and out of, we don’t have perfect knowledge, we move on. Where the narrative drive appears to divert from expectation, and we are directed to a new theme, the novel becomes more exciting. One thing leads to another, and then the story moves on, plot lines are discarded, and it’s invigorating to read. You will have no idea where it will all end up, but you won’t be disappointed.

Elizabeth Martel, known as Martel, has her bottle of tequila and her mother’s Percocet to hand, oblivion here we come, but then Terry rings. Normally she would rush over to her disabled friend’s house (he was hurt in a bike accident), but she’s already pissed, she is mourning her mother, Carlene, so he will have to wait. So the next morning Terry sympathises over Clara’s death (he grew with Martel but he still can’t get her mother’s name right). Then he offers her a job – and she’d be doing him a favour. It’s worth $10,000 just to check it out, and she could use the money.

Agri-business billionaire Preston Greylander has a Rembrandt, Martel is an expert on Dutch and Flemish art. The painting needs cleaning and he needs advice on how. Greylander is a detestable man, a typical WASP, he is also a destroyer of countries and continents in the pursuit of profit. Martel advises Greylander to have to painting restored by Van der Saar in Amsterdam. She doesn’t mention that she first learned art on Hendrik van der Saar’s knee, literally and figuratively. After her meeting with Greylander, Martel insists on knowing why Terry also had her invite him to a cocktail party. Terry has had enough of life and in a grand gesture he wants to take Greylander with him: murder-suicide.

“I’m through with this life.’ he said. ‘I have a need to get it over with, and while I’m doing it I might as well take that rotten bastard with me.”

Martel agrees to take the painting to the restorer in Holland, it will be the first time she has seen her former lover in twenty years. For the privilege, she gets $25,000 and expenses. While the firm of Van der Saar clean the painting, Martel and Hendrik rekindle their love affair. When she is back in the US, Martel brings Greylander to the cocktail party and to his death. The crime is instantly covered up, Martel’s contract is cancelled, but paid in full. The painting is still in Amsterdam. Pookie Greylander, now 102, although she lies about her age, is part of the Swiss branch of the family, she wants the Rembrandt. The family lawyer wants the restorer to “find” a signature on the canvas ($1M).

Hendrik has a confession to make (more than one, actually quite a few!). Martel also has confessions to make, if the two are to become permanent lovers and trustful friends again. Martel thinks she is being followed: maybe the family of Preston Greylander have connected her to the crime and want revenge? Hendrik says Pookie Greylander has the Rembrandt painting now, but does she? Is it an original or a fake? Did Hendrik add a signature to increase the value and “authenticate” the work per the lawyers “request”? The story will diverge in ways you won’t see coming – just go with the flow.

So why would Martel so easily agree to the murder of a man she doesn’t know? Well, there’s history here. Her family lost their farm in Dakota and became miners in Colorado because of the Greylanders. Her family has a radical tradition from the Wobblies to the present day. Terry has his own fascinating story. So does Hendrik, but the politics of the past generations of his family and Martel’s don’t align.

There is a leap of faith or two here, but Dirty Pictures is fun. If you are in the mood for something different this may be it. The world isn’t always neat and tidy, neither is Ketola’s vision.