KOB: Both of your novels are driven by strong female characters. Would you consider your work to be “Women’s Fiction” and if so, how do you feel your position as a male novelist impacts your female-centric writing?

DFM: I have noticed that women seem to respond well to my work, which I’m happy about because they buy far more books than men. However, I’m not sure about this notion of “Women’s Fiction”. There seems to be this idea in publishing that men write bang-bang-shoot-em-ups, while women pick apart dysfunctional relationships over the kitchen table with a large glass of red wine. Publishers like to categorise books into genres, I guess it makes it easier for them to target the audience they think they’re after, but so far as I’m concerned there’s only good fiction and bad fiction. I don’t really mind whether it’s packaged as crime, romance or a thriller, if it’s well written and captures my imagination I’ll read it, if it doesn’t I won’t. I think one of the most important traits you need as a writer of fiction is the ability to see the world from someone else’s point of view, whether that’s a politically engaged Irish woman, a Timorese teenager or a corrupt ageing Indonesian army officer. It’s the only way, in my view, you can create convincing characters that readers will relate to and care about. 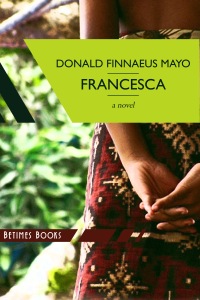 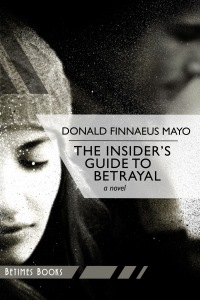 Click on the covers for more information about the books

KOB: The recent Lush cosmetics campaign against Spycops has brought the issue tackled in The Insider’s Guide to Betrayal to light. Decades after these incidents took place, do you believe justice can eventually come from the public enquiry?

DFM: To me the Spycops scandal offers a perfect example of what can happen when a group of people in a position of power who aren’t publicly accountable to anyone for their actions lose sight of what they are there for in the first place. For those who aren’t familiar with the background, what happened was that in the 1970s a group was set up within the Metropolitan Police to infiltrate political organisations that were deemed a threat to society, and in doing so gain intelligence about their activities, plans and intentions. For obvious reasons no one knew about this group, and it didn’t seem to be answerable to anyone outside the Met. There was never any proper debate about what constituted a threat to society, or how far this group could go in order to counter it. As it turned out, the targets were typically peace campaigners, animal rights or environmental activists and other groups the government of the time didn’t particularly like, but who were engaged in legitimate political protest. Even if they did occasionally cross the line of the law, by comparison to the type of terrorism we see today, their activities were benign, almost charmingly quaint. We’re talking about people breaking into a laboratory and releasing a few rabbits destined for experiments, or tearing down some barbed wire outside a missile base, not some fanatic walking into a crowded concert hall and blowing up a hundred people. What has always staggered me about the Spycops scandal is how much effort, resources and moral compromise went into these deceptions when the stakes were so low and the threats to society so trivial. Over the years undercover officers infiltrated these groups and entered into intimate relationships with female members of them, sometimes going to far as to have children with them. At weekends they might go back to their real families; then there would come a time when they would be recalled and simply disappear from the lives of the women they had betrayed, leaving them to wonder what had happened. The collateral damage to the women and their families was mind-boggling, and no one in a position of power wanted to know or do anything about it.

The campaign to bring justice to these women seems to be pretty well organised and it’s certainly very determined. The Guardian newspaper has done and continues to do an excellent job keeping the story in the public eye, so I think despite all their prevaricating there’s a good chance the British Government will eventually be shamed into owning up and paying compensation where they haven’t already. Whether that constitutes justice or not is another question, as the real damage was done years ago and can’t be undone.  There was no excuse for it in what’s meant to be an accountable democracy, and it was an absolute disgrace it was ever allowed to happen. What I was interested in pressing in The Insider’s Guide to Betrayal is whether it is ever possible to justify engaging in that level of deception, when the stakes are much higher, when innocent lives really are at risk, and what happens when you decide they are and go down that road.

KOB: Both Francesca and The Insider’s Guide to Betrayal are focused on divided societies. What draws you to explore stories of such societal division?

DFM: The divisions in society, both in Europe and America, are becoming more extreme each year, and it’s something I find very worrying. It’s one of the biggest issues we are currently facing, and in my view is behind a lot of the political turmoil we have experienced, such as Brexit and the election of Trump. History tells us that whenever societies start to experience severe inequalities on the scale we are currently seeing, when people feel they have lost a stake in their society and have nothing to lose by overturning it, it generally ends badly all round. Just ask the French or the Russian aristocracy. Can we achieve a more just society through peaceful means as opposed to violent ones? I’d like to think so, but right now I’m not overly optimistic.

The other thing about divided societies is that people often end up in situations they could never have imagined in a more stable, peaceful environment. I have always been fascinated in what happens when people are pushed to extremes, how moral lines can become blurred, how they will do things and behave in ways that would have astonished and horrified them but a short time ago. How does a football mad kid who likes collecting stickers become a soldier capable of murdering innocent civilians, and what was the process that paved the way for that to happen? It’s only by exploring these threads and understanding them that we have a chance of preventing the worst aspects of our history repeating itself. You only have to look at some of the appalling things people did to each other during the Northern Ireland troubles to realise we are deluding ourselves if we think we are too civilized or sophisticated to go down that road. Bosnia was the same. These things weren’t done by animals, they were done by people like us. That’s the frightening thing about it. We can go down that road any time we choose. The camps are closer than we think. If fiction can wave a red flag and alert us to some of the dangers, then in my view it’s serving a useful purpose.

KOB: While both novels explore divided societies, they also both examine issues of family and human connection. Would you say that this is a major preoccupation of your writing?

DFM: For most people their families – and that concept can be understood in the loosest sense – constitute the arena where they engage in their most intimate relationships, where they feel free to reveal the innermost parts of themselves. And that is certainly a rewarding seam for a writer to mine, so to speak. I am fascinated by our human connections, which interestingly enough is a theme that Forster grapples with in Howard’s End. As a writer, your topic is the human condition and how that plays itself out. Connections are an inescapable part of that. Fiction is all about conflict and collision, whether it’s between world views and wills of the characters involved, or people and their external circumstances. If there is no conflict there is no drama, if there is no drama there is nothing to keep the reader with you. So, yes, I would say that’s a fairly major preoccupation of mine.

For adepts of serious summer reading:

Francesca is available on Amazon and Book Depository