Jackie Mallon, author of Silk for the Feed Dogs

It was a copy of The Dud Avocado by Elaine Dundy. A certain someone knew I’d appreciate the paperback’s many idiosyncrasies: the title, so goofy and slapstick-sounding, in direct contrast to the elegant Hitchcockian blond stretched out nude on the cover in an image by Erwin Blumenfeld, a fashion photographer of the 40s and 50s. Published in 1958, in the tradition of the Henry James/Edith Wharton ‘American abroad’ stories, it describes the Parisian exploits of a 21-year-old Missouri native, unleashed with reckless abandon on the bistros and champagne bars off the Champs-Élysées. And he was right. What’s not to love? 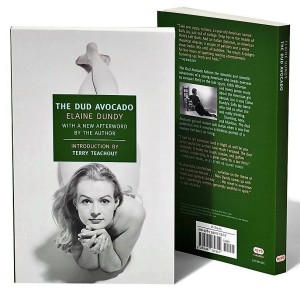 Sean Moncrieff, author of The Angel of the Streetlamps

I must have been thirteen or fourteen and I was given a copy of The Catcher in the Rye. I read it during the quiet days between Christmas and the New Year, and it was revelatory. There was no such thing as YA fiction back then, but here was a character not much older than me and who also seemed to feel that there was something ‘wrong’ with the world around them; or with themselves. Or both. I hadn’t known that fiction could do that: and I’ve been chasing that dragon ever since. 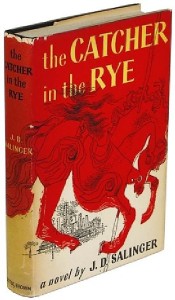 Donald Finnaeus Mayo, author of Francesca and The Insider’s Guide to Betrayal

I was given a copy of Bruce Carter’s B Flight as a boy and have since returned to it numerous times and read it to both of my sons. An astonishing story of love and war that resonates with a deceptive simplicity, and a final sentence any author would kill for. A real lost gem well overdue for rediscovery. 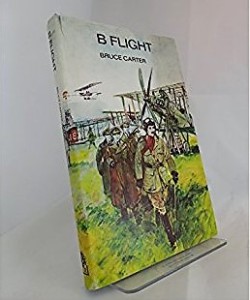 Maybe it was because the novels had to do with the decadent and entitled British upper class, which I generally have less interest in than a sloth’s synaptic processes.  Or perhaps it was the author’s name: Could the so-called Edward St. Aubyn be expected to write prose that was any less burdensome?  So I resisted, despite myself, and despite the reviews and awards and the fact that time after time the books were recommended and prominently displayed at my local bookstore.  I was strangely conflicted, however.  I wanted to read them, and talked about reading them, and once or twice perused a page or two, but dared no further until one fine day my wife slapped Never Mind on the kitchen table and said, “Maybe this will finally shut you up.”  It did.  I tore through the other four Patrick Melrose novels in quick succession and wondered what had caused my great resistance in the first place.  I now think it was the ‘St.’ in his name, which seems the height of pretension. 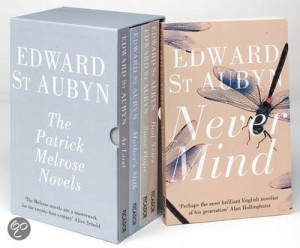