Silk for the Feed Dogs is currently on promotion in Australia.

“I got into my dress and new Prada shoes, smeared Ravish-Me-Red on my lips, and arranged the netting of my hat
over one eye. I grabbed my coat and couldn’t get out of that draughty warehouse fast enough. Instead of traffic, the streets were now filled with attractive girls and boys striding purposefully in every direction like they were part of a city-wide ad campaign. Confidently, I clipped along as if one of them. I turned the corner off Viale Piave, and the crowd changed. I passed the newsstand that was twice the size of all the others to accommodate its extensive range of porn magazines and DVD’s, vintage and current. I was slightly curious to know why it drew such solid business but not enough to raise my head. I hurried by the ogling men and across the intersecting tram tracks.

Edward waited by an entrance policed by dark-suited bouncers wearing earpieces. Despite the dark, the gleam
from his patent shoes reflected the animation of the city as he paced back and forth, and Debbie Harry twinkled from
underneath his tuxedo jacket. I snuck up behind him as he self-consciously arranged a ruffled evening scarf over his
shoulders like some grand dame waiting to be escorted on board her transatlantic passage.

C’mon, let’s just get in and get a drink down us. I could be wearing five of these patches, I’d still kill for a smoke.”
A girl consulted a list, the bouncers parted, and we tiptoed through. There was another triad of bouncers and two
more imposingly draped entrances through which the sounds of a DJ flown in from London beckoned from somewhere just beyond. Edward, unable to contain himself, stopped and broke into a shimmy causing me to crash into him.

“Steady. Keep it together,” he cautioned, importantly tossing his scarf and swatting me in the nose with it. “Let’s
not get chucked out before we’re even in.” We stepped through the final curtain and gawped.

“How entertaining,” he remarked.

Like a pair of boulevardiers, we strolled along a bar that stretched the length of one wall. Its lacquered surface was
laid with rows of cocktails, an invisible line dividing the gin tonics from the vodka tonics, the rum and cokes from the
whisky sours. All the straws faced east like the whole regiment was engaged in a formal salute of welcome. As drinks were snatched up, the infantry of topless barmen swooped in and lowered fresh ones into the gaps.

I selected a gin tonic but Edward hovered indecisively.

I could almost see the film reel of possibilities unspooling in his mind. But after a quick scan of the room, he said,
“What the hell, it looks like I’ll be in good company.”

We withdrew to an observation post, twirling and stabbing our straws in our glasses. What had been a state-ofthe-
art raised catwalk that afternoon had become a pulsating dance floor for a jumble of twiggy, writhing bodies.
They were silhouetted against a grid of lights and the effect was almost pagan, like watching a bonfire’s flames dancing between the tinder. There were low-hanging chandeliers and gold-trimmed cushions of Brobdingnagian dimensions for communal lounging: a tricky proposition as women in skimpy printed dresses tugged at hemlines but continued to reveal too much, and men with slicked back hair and baroquely patterned shirts aimed for a macho, spread-legged nonchalance but resembled toads on lily pads.”

— Excerpt from Silk for the Feed Dogs by Jackie Mallon 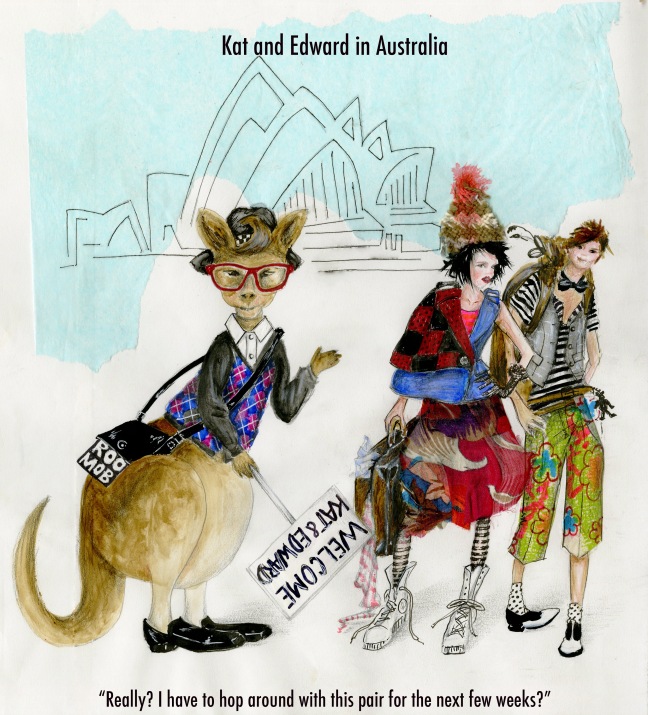