“Snow falling on the Seine.

It was half-past-two and it was quiet as it gets with the heavy falling snow and Hector was just starting to cross the Pont Neuf, heading home after a long night of writing. He was alone and cold and slightly drunk.

Icy fog crawled across the river. The lights of the bridge glowed strangely in the fog, not illuminating anything, but instead casting hazy, solitary cones of weak light that receded off into the cold mist.
From the other end of the bridge, much farther than Hector could see, he heard a scream, then the sound of the rubbery, thin ice breaking below…water splashing.

Hector called, “Hey there!” and began running, his leather soles slipping and sliding on the slick bricks. Hector thought he heard other feet hitting the pavers.”
— Excerpt from ONE TRUE SENTENCE by Craig McDonald 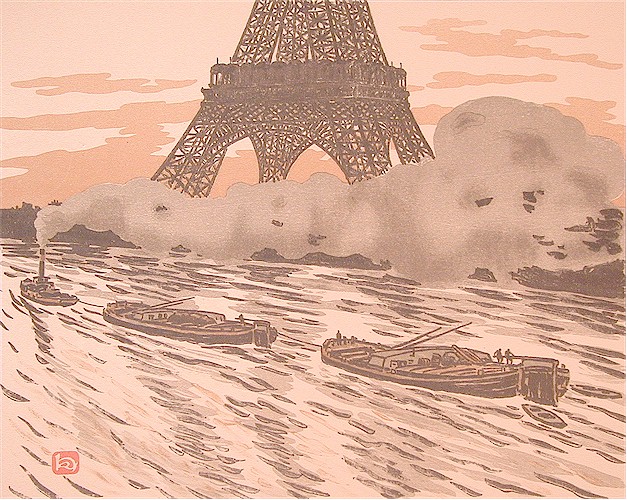