“What critics might call eclectic, and Eastern folks quirky, we Southerners call cussedness — and it’s the cornerstone of the American genius. As in: “There’s a right way, a wrong way, and my way.” You want to see how that looks on the page, pick up any of Craig McDonald ‘s novels. He’s built him a nice little shack out there way off all the reg’lar roads, and he’s brewing some fine, heady stuff. Leave your money under the rock and come back in an hour.” —James Sallis 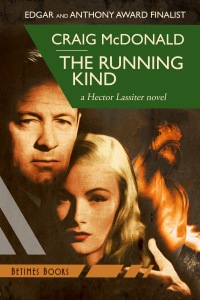