Central Park West Trilogy is under promotion at Amazon.co.uk and the e-book will be available for the fantastic price of £0.99 until the end of August. Don’t miss your chance to discover Richard Kalich’s outstanding work practically for free.

“- You noticed Mr. Kalich and the young woman as soon as they entered the women’s area on the second floor.

The sales rep nods his head.

– A young woman and a mature gentleman always catch my eye. I guess it’s my salesman’s instinct. The old ones always spend more.

– And that’s what happened on this occasion?

– As soon as the young woman asked to try on our white Juliet dress displayed on the cover page of our fall brochure, I knew he was a goner.

– The brochure with the Romeo and Juliet thematic logo?

– What do you mean when you say: Mr. Kalich was a goner?

– Actually it was the way both of them looked.

– Well, when Mr. Kalich first saw the young woman in the white dress, he just stood there as if mesmerized.

– And the young woman?

– She was absolutely beautiful. Radiant. But to be more accurate, she didn’t so much come out of the dressing room as peeked out. Her face flushed as if embarrassed.

– Why was she embarrassed?

– I’ve seen that look before. The young woman’s at that awkward age, half woman, half girl. I would bet anything she was asking herself those questions young girls always ask: Do I belong here? Is this really me? You know–am I a woman or still a girl?

– And Mr. Kalich. Can you elaborate further on how he reacted when seeing the young woman first peek out of the dressing room?

– He immediately purchased the dress. I had the impression no expense would have been too great for him.

– Did you notice anything else about Mr. Kalich and the young girl?

– Well, she gave him a thank you kiss. Just a peck on the cheek, really.

– I wouldn’t say that. At least at the time I didn’t think so. But a little later I changed my mind.

– What made you change your mind?

– A customer standing nearby, an elegant lady, made a comment to Mr. Kalich saying: “You have a beautiful daughter.”

– And how did Mr. Kalich react to the elegant lady’s comment: “You have a beautiful daughter?”

– It was an awkward moment to say the least. But somehow he managed a polite smile and thank you. But anyone could see it was a forced smile.

– Did you notice anything else about Mr. Kalich after the elegant lady’s comment?

– Despite my rushing him away from the scene of the crime, so to speak, after paying for the dress he left the store in a huff.

– She followed after him, poor thing, like a naughty child with her fingers caught in the cookie jar.

– No, not at all. It doesn’t take much more than that to break the spell. That’s why we salesmen have to be constantly on guard against eventualities like that. 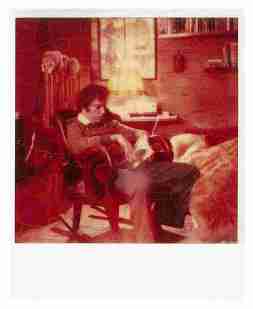 – And this time you were not?

– I guess not. The woman caught me offguard. I must have been staring at the young girl as much as Mr. Kalich. As the brochure suggests. Romeo and Juliet. It’s all illusion. Magic, you know. For those few seconds when the girl made her entrance out of the dressing room wearing the white dress, who can say what was in the old man’s mind.

– More like a Romeo who had found his Juliet.

As if to validate, if only to himself, the sales rep nods his head.”

Central Park West Trilogy includes three novels, The Nihilesthete, Penthouse F and Charlie P, originally published separately and collected for the first time in a single volume.  Post-modern fables, dark, shocking, perversely funny, wickedly astute, and compulsively readable, they share Kalich’s ferocious energy and unique vision. Together, they break down standard notions of plot, character and form a body of work that is distinctive and brilliant. Central Park West Trilogy encapsulates Kalich’s uncompromising examination of the state of modern life, as well as his experimentations with form and language.

Penthouse F (first published 2010) is a cautionary tale that takes the form of an inquiry into the suicide—or murder?—of a young boy and girl in the Manhattan penthouse of a writer named Richard Kalich. Blurring the lines between reality and fantasy, kindness and cruelty, love and obsession, guilt and responsibility, writer and character, Penthouse F is a critical examination of our increasingly voyeuristic society.

“Penthouse F is akin to the best work of Paul Auster in terms of its readability without sacrificing its intelligence of experiment. […] Kalich delivers afresh, relevant, and enticingly readable work of metafiction.”  —American Book Review